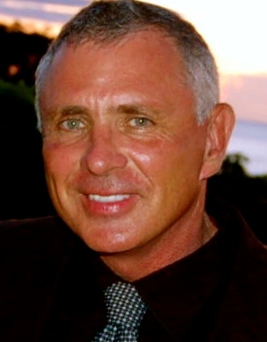 Bill contributes over 10 years in commercial roofing. He has built Commercial Roof Systems for the future, leading the company to a laser focused business model, focusing on the needs of today’s property and management owners, investors, and privately held institutions; representing the depth and breadth of the commercial real estate market.

Bill was Co-founder and President of CORE Roofing Systems based in Atlanta, GA. Servicing 7 states in the southeastern United States. Core was one of the fastest growing roofing companies in the history of Georgia. This company maintained a stellar reputation for outstanding, quality, service and customer care.

But the world is always changing, whether its evolution or revolution, there is always a better way. Bill visualized “a better way.” Taking his ideas to the most talented people he knew, this group gave birth to Commercial Roof Systems.

He founded a private consulting and export business group, (CORE International) to capitalize upon sales and marketing opportunities in Eastern Europe and the former Soviet Union, with offices in Prague, Bratislava and Moscow. He consulted with Eastern European CEOs, key government officials (i.e. heads of state, Ministers of Trade and Ministers of Economics). Bill was appointed the official trade representative for the Slovakia Republic in 1993, by a direct appointment for the U.S Secretary of State. He was successful in his 3 year tenure, by bringing fortune 1000 companies to Eastern Europe during a time of turmoil and change of the 1990′s. Core International’s export served to open the door and exposed many US made products to 18 countries in central eastern Europe and Russia. During his trips back to the USA, he was appointed to teach special college classes, initiated by Senator Bill Brock of Tennessee, teaching the basic principles of free market enterprise to businessmen and students from Russia and other eastern block countries.

With a background in medicine and advanced medical technology, Bill formed a high tech company that focused on surgical procedures in neuro and cardiovascular surgery. In this arena, he made note that second to nosocomial infections, slips and falls were the most common danger with the slick surfaced hard surfaced floors in a hospital setting. Bill, again, visualized a better way and developed an idea for an anti-bacterial carpeted surface for hospitals and health care facilities. Ray Anderson, founder of Interface, businessman of the year in Georgia and legendary leader and advocate of GREEN technology believed in this idea. Working together, they created and brought to market a product that every major hospital system in the US continues to utilize today.

In the early years of business, Bill developed and conceived the idea of three companies that were focused on sports and athletic performance market. This included clothing, shoes, and performance equipment. The manufacturing facility supplied companies such as NIKE, The Athletic Attic, by Bill Rogers, and Phidippides. Clients also included Hospital Corporation of America, Humana, Marriott, etc. In addition, Bill opened a highly successful retail operation.

Bill studied and passed his Real Estate License with and working part time was the number one ranked salesperson during his Jr. and Senior year of college.

The culmination of this experienced leadership brings a “can do” innovative solution  to every aspect of your commercial roof problem. If you are an investor, property owner or manager this “can do” attitude will serve you well.